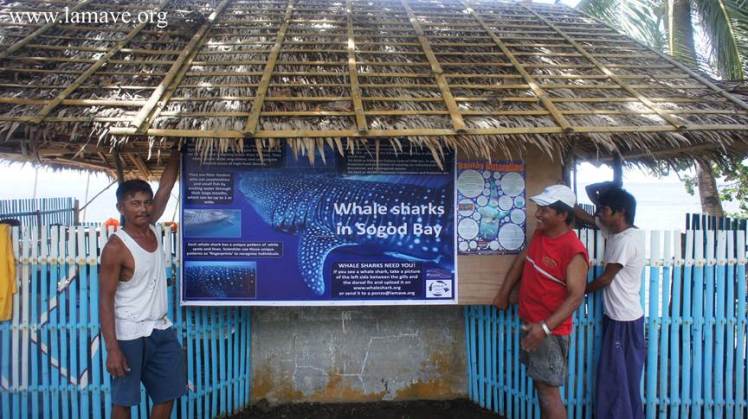 KASAKA is authorized by the Local Government Unit and they are responsible for the overall management, control, supervision and maintenance of both the whale shark interaction tours and the guarding system of the Son-ok Fish Sanctuary. One of KASAKA’s main duties is providing spotters and tour guides for the whale shark watching tours that visit the area. 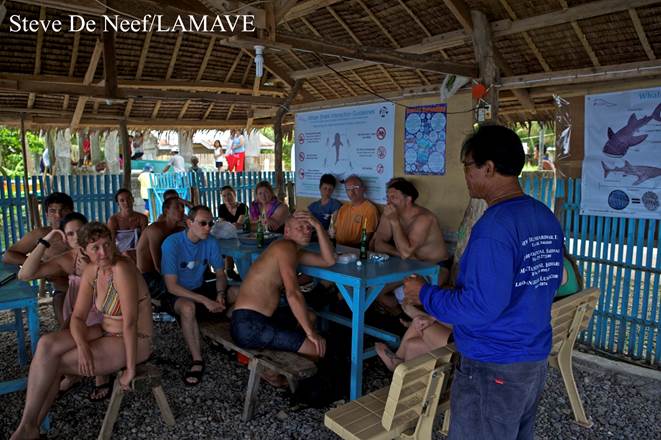 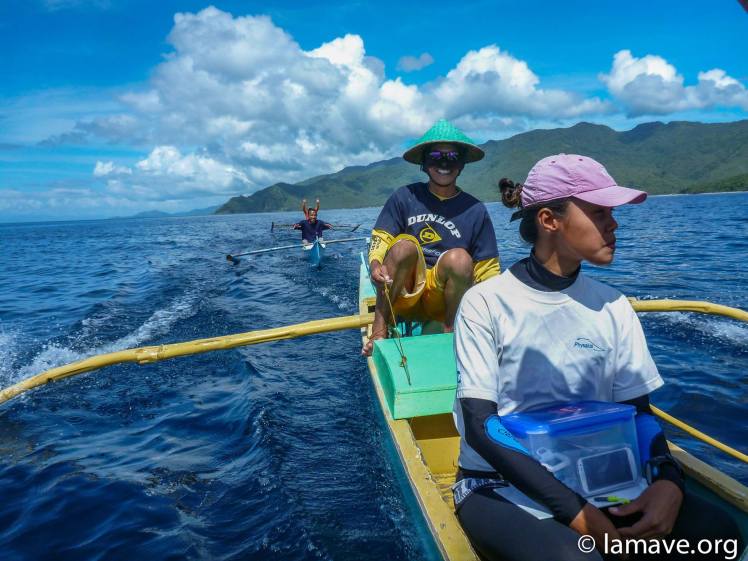 The majority of trips are conducted from large dive boats (bancas) though a small percentage of tourists choose to hire small pumpboats (good for 3 people and a boat operator) directly from the KASAKA group. All tours are required to hire spotters and tour guides from the KASAKA organisation, who join the larger boats during whale shark interaction. When tourist boats allowed, one or two researchers would also join tourist boat. This approach allowed researchers collect data and at the same time educate the tourist and raise awareness about the richness and fragility of the marine environment.
Spotters, are certified members of the KASAKA group who using single paddle boats search for whale sharks visually, by looking for shadows or dark silhouettes just below the surface, exposed dorsal fins, or the presence of whale sharks below the boat, established by dunking their heads in the water and searching with the aid of a mask. KASAKA tour guides are also required to join every boat participating in the whale shark interaction. They are responsible for briefing guests with the interaction guidelines and safety procedures stated in the Municipal Tourism Ordinance NO. 2008-01., monitoring the behaviour of tourists during interaction and implementing penalties when guidelines are not followed.

The KASAKA group have directly contributed to the research, in an effort to both capacity building and raising awareness and social responsibility. Some time ago,  researchers provided KASAKA with an underwater camera, which they bring with them every time they are at sea both for work and recreation.

Tours generally last approximately 180 minutes, a time period recommended by KASAKA tour guides.  The operational capacity of most vessels was 6-25 people, which included a boat captain, crew and 1-3 dive masters. Briefings given by KASAKA tour guides, are given aboard the vessel and guests are specifically told that touching the shark, the use of flash photography and scuba is strictly prohibited.  Guests were also told to stay at least 3 meters from the head and body of the shark and 4 meters or more from the tail and to keep splashing to a minimum.

(KASAKA Collector and also one of the P.O.’s Tour Guides)

This is a text widget. The Text Widget allows you to add text or HTML to your sidebar. You can use a text widget to display text, links, images, HTML, or a combination of these. Edit them in the Widget section of the chris.